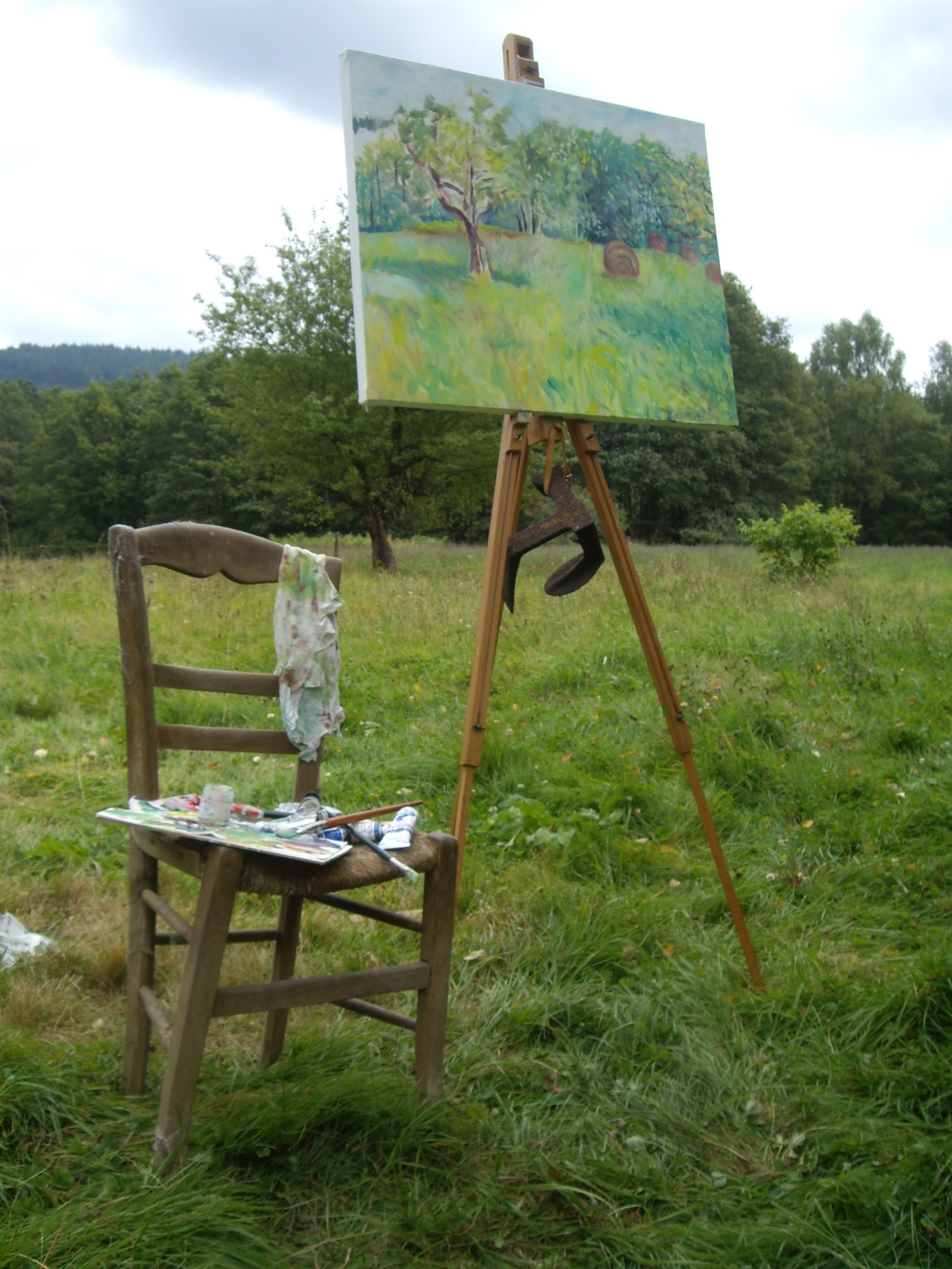 The last couple of weeks I have been staying in an old farmhouse in France which belongs to my cousin and my sister. I slept in the attic with the tiny old window strung across with cobwebs. I tried to paint them but it is hard to capture the fine threads!

I thought I would have more luck with the beautiful meadow outside. The spring and early summer flowers had already been cut and rolled into sweet hay, but new flowers had grown up and the meadow was buzzing with bees, butterflies, crickets and occasionally big green dragonflies would sweep by! I thought I had plenty of time but was hastened into action by a truck and trailer arriving in the field to pick up the hay rolls. The farmers laughed when we explained what I wanted to do and they said they would leave me one roll, so I sketched the others in quickly before they were collected up!

I found this real old Van Gogh chair in the bread oven, [oops! That’s not the Van Gogh chair! ]. An old shoe last weighs the easel down to stop it blowing over! On the ground you can see my lunch of bread and cheese and fruit brought out to me by my sister. Oh heaven! 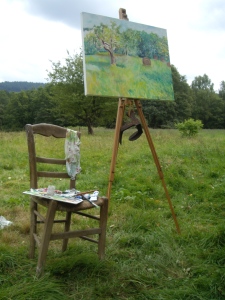 This is the Van Gogh chair! 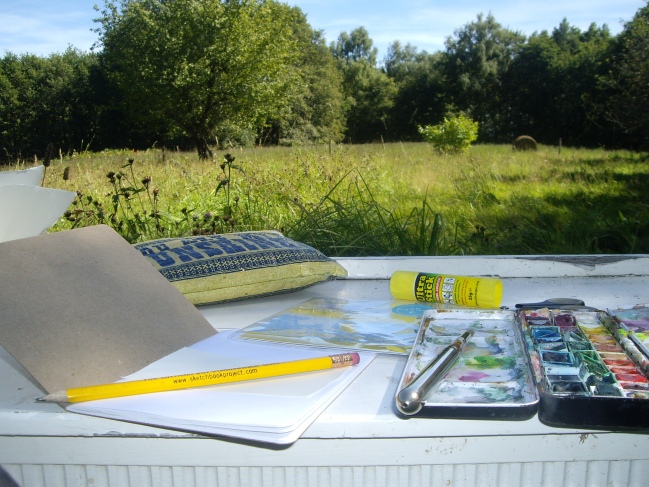 This is my sketchbook from the Brooklyn Sketchbook Library. I joined the project when I was in Williamsburg earlier this year, but I have been struggling to start working in it. 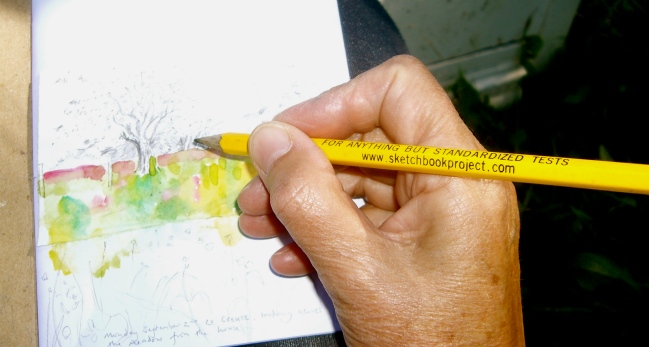 I have started doing small watercolours on thicker paper which I am sticking in, that could be the way to go! 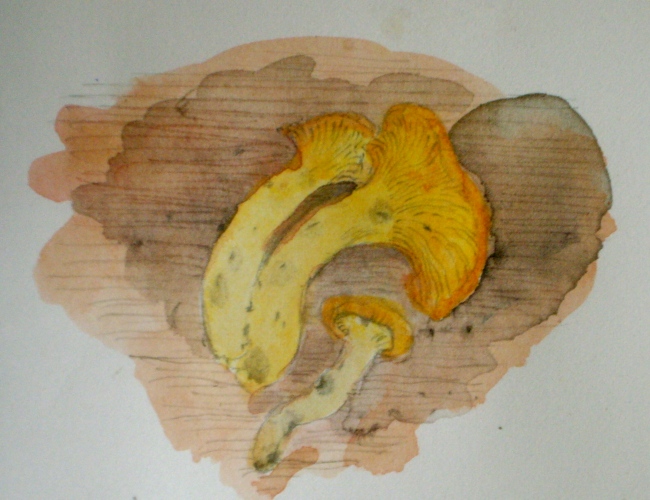 Girolles, before we cooked them for tea! 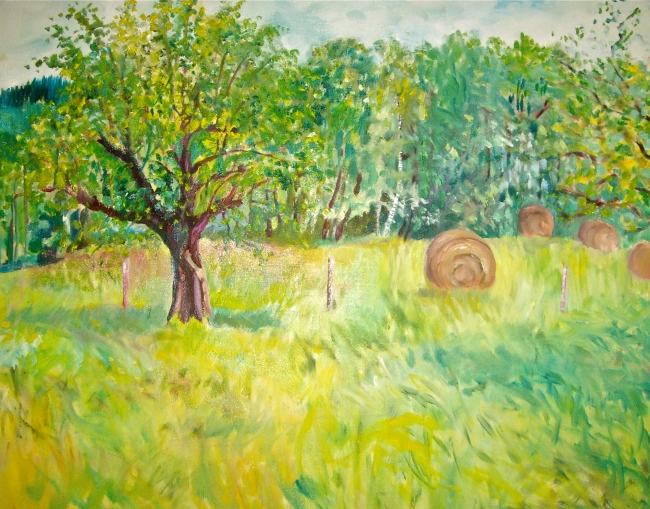 The oil painting of the meadow.